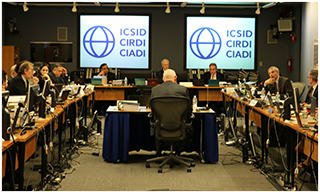 Over the entire period of its independence Belarus has never been a respondent in an investor-state dispute.

This remains so despite the fact that the country adheres to active policy of investment promotion. According to public data in 1st quarter of 2017 the leading investment partners of Belarus originate from the Russian Federation, Ukraine, Cyprus and the United Kingdom.

A new ICSID claim against Belarus?

This time a Russian investor likely intends to file an ICSID claim against Belarus. The history of the disagreement is a follows. In 2003 as a result of a tender Belarusian government concluded an investment agreement with a Russian company Manolium Processing.

Manolium Processing fulfilled its obligations on the investment in state construction. Nonetheless he never received the land plot. The investor tried to restore its rights within the Belarusian court. The outcome of the several-year court proceedings is far from satisfactory: Manolium Processing has not received neither the land plot nor its investments back. Apart from that, the courts obliged it to pay the damages to Belarus.

Why no investor-state disputes against Belarus?

A question arises why there have never been proper arbitral proceedings against Belarus before. Belarusian Law on Investments contains a provision on protection of foreign investors’ rights and rules for the investment dispute resolution.

Article 13 of this law governs the dispute resolution procedure: before filing a claim there is an obligation to hold negotiations between a foreign investor and Belarus. In this way the pre-arbitration negotiations and the fact that no arbitration claim was filed against Belarus can evidence that the provision on obligatory amicable dispute resolution has its effect in the investor – state dispute settlement.

Taking into account the past Belarus practice of investor – state dispute settlement, the parties are more likely to settle Manolium Processing claim as a part of the pre-arbitration negotiations than by ICSID arbitration.