How NAFTA, FIPA and other investment deals put democracy and the environment at risk 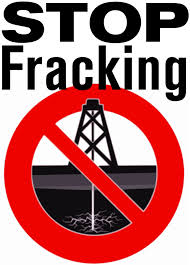 How NAFTA, FIPA and other investment deals put democracy and the environment at risk

A U.S.-funded energy firm, Lone Pine Resources, is using investor rights provisions in the North American Free Trade Agreement (NAFTA) to challenge Quebec’s 2011 moratorium on hydraulic fracturing for natural gas. Lone Pine says the moratorium upsets its right to profit from oil and gas mining in the St. Lawrence Valley, and is asking for $250 million in compensation.

This case proves that trade and investment deals like NAFTA, the proposed Canada-EU Comprehensive Economic and Trade Agreement (CETA), and Canada’s many Foreign Investment Protection and Promotion Agreements (FIPAs) undermine our basic notions of democracy, threaten needed environmental regulations, and put private profits above the public good. Communities, not private firms, should have the final say on fracking and other projects that threaten water sources, the environment and public health – and there should be no penalty for saying “no.”

Hydraulic fracturing, or fracking for short, is a controversial technique to extract natural gas trapped in rock formations. The process uses massive amounts of water, thousands of litres of chemicals, and thousands of pounds of sand. This toxic stew is forced into the ground at high pressure in order to fracture the rock, allowing gas to flow up the well.

Fracking fluid can contaminate drinking water with substances that cause cancer and organ damage, and affect neurological, reproductive and endocrine systems. Safely disposing of fracking wastewater is incredibly difficult. Fracking has also been linked to earthquakes and methane leaks that exacerbate climate change.

Fracking bans in Quebec and globally

Quebec’s moratorium on fracking is not arbitrary or without public purpose, as Lone Pine is claiming in its NAFTA lawsuit. The Quebec government responded to public pressure to block fracking in the St. Lawrence Valley as a precautionary measure while the environmental and health impacts can be studied, and it is not the only government to do so.

Countries that have banned or put moratoriums on fracking include France, the Netherlands, Luxemburg, Czech Republic, Bulgaria, Northern Ireland, and parts of Germany and Switzerland. Canadian municipalities are increasingly demanding a ban on the practice.

How NAFTA and other investment treaties hurt the public good

Strict investment protections in NAFTA and Canada’s other FIPAs, for example the recently signed treaty with China, make regulating mining and other resource projects difficult in Canada and abroad. NAFTA prohibits direct or indirect expropriation of investments, which includes regulations, laws or other policies that lower profit expectations. NAFTA and Canada’s FIPAs allow expropriation for a public purpose, like the fracking moratorium, but still give investors the right to be compensated at fair market value even where a public purpose is demonstrated.

In other words, Lone Pine and other fracking companies take on zero risk when they invest in controversial projects in areas covered by these agreements. If new information becomes available about risks of the project, or affected communities speak out against it, taxpayers may have to pick up the tab for compensating the firm. Of the 18 or so investor lawsuits Canada has faced already under NAFTA, many involve claims of indirect or regulatory expropriation. Incredibly, Canada is considering expanding these extreme investor rights to EU firms through CETA.

NAFTA and Canada’s other investment treaties also give investors rights to “minimum standards of treatment.” In this case, Lone Pine says that Quebec failed to provide a “stable business and legal environment.” Nothing in NAFTA or the FIPAs can force a company to live up to its environmental, labour and other performance requirements. This is why Canadian mining and energy firms support investor-state arbitration – because it gives them the same tools to undermine public health and environmental rules wherever they have investments.

The Lone Pine lawsuit will never see a courtroom. If the case moves ahead, the verdict will be decided by unaccountable arbitrators with a vested interest in attracting more of these kinds of cases. The process makes investor-state disputes lucrative by interpreting treaties, such as NAFTA or Canada’s FIPAs, very broadly in the interest of investors. Arbitrators and lawyers, such as Lone Pine’s law firm Bennett Jones, are reluctant to consider even modest reforms to the investor-state dispute system, let alone consider the idea of abolishing these corporate rights altogether, as the Australian government has effectively done in its new trade policy.

No to fracking, no to excessive corporate rights treaties

Investment protections in NAFTA and other trade treaties have led to multi-million – and even multi-billion – dollar lawsuits related to energy and mining projects, but the Lone Pine case brings new urgency to calls to drastically reform or abolish the investor-state dispute settlement process. Adding to this urgency is the possibility of extending these investment protections to EU- and China-based firms in the proposed CETA and FIPA. Even when a country does successfully fend off a corporate attack, taxpayers must cover the government’s legal costs.

Companies should not have the power to determine what a community does or doesn’t do. Communities have to be able to say “no” to fracking without paying hundreds of millions of dollars to oil and gas companies.

What can you do?

2. Contact your MP to demand that investor-state dispute settlement be excluded from future trade agreements so that provinces, municipalities and indigenous communities in Canada and globally have the right to protect themselves from environmentally and socially destructive resource projects.

3. Urge your municipal council to pass a resolution or by-law banning fracking. Fracking is a threat to water sources, air quality and public health, and communities have a right to say “no” to this harmful practice. Find out how at www.canadians.org/fracking.