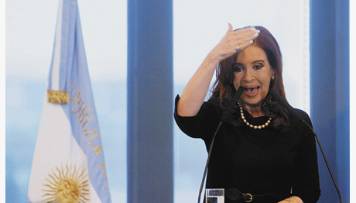 The International Centre for Dispute Settlement between foreign investors and states (better known as ICSID) is an organization that forms part of the World Bank. Its mandate is to resolve disputes that arise between foreign investors and a state. ICSID was set up under the Washington Convention 1965. A few days ago, ICSID published an award rendered last December 12, 2012 ruling on a claim filed by a Canadian mining company, Vanessa Ventures against Venezuela in 2004. An ICSID tribunal ruled (a unanimous decision of all three of its arbitrators), on all aspects of the claim for US$ 1,045 million. Vanessa Ventures filed the claim against Venezuela on 9 July 2004. This ruling was rendered in Venezuela’s favour and had to be complied with by 24 January 2012, the very year Venezuela officially announced its withdrawal from ICSID. Indeed Venezuela announced its formal denunciation from the Washington Convention on 24 January 2012 (see the note with the text of the communication). Since April 2012, Argentina has been discussing the option of withdrawing. Last week’s press releases on the meeting between the European Union and CELAC claimed that Argentina iseven trying to challenge the validity of some 50 investment treaties (BITs) which were signed in the 1990s and form the basis for 43 ongoing ICSID claims. In a recent case, Ecuador denounced what it deemed an abuse by ICSID : an order to pay compensation of more than US$ 1,700 million to two North American oil companies. In October 2012, Ecuador announced that it would appeal the ICSID decision. This may be considered a fresh strike against ICSID.

It must be pointed out that contrary to a common misconception in some circles, ICSID is not generally accepted in Latin America :

Several English-speaking Caribbean states are outside the ICSID system. They are Antigua and Barbuda ; Belize ; Dominica (Commonwealth of) and Suriname. As far as South America goes, Brazil has not ratified (nor even signed) the ICSID Convention and does not have the least intention of doing so since it is now the 6th global economy and receives the highest volume of foreign investment on the continent. What is more, Brazil demonstrates that failure to ratify BITs (bilateral investment treaties) does not significantly affect foreign investment flow. In contrast to many states in the region, there is no BIT that creates obligations for Brazil even though Brazil has signed a number of them.

This exponential increase in the number of cases per year since 1996 (1997 : 10 cases per year v. 2011 : 38 cases per year) can be attributed to the large number of BITs signed since the 1990s. BITs represent 63% of the basis for consent to ICSID jurisdiction for all registered cases (see Chart in the Official Statistics p. 10). This percentage increased to 78% for cases registered in 2011 alone (same source p. 21).

A recent article published in the Anuario Mexicano de Derecho Internacional indicates (p. 553) that : “…. at the same time it is generally implied that Latin American countries began signing bilateral promotion and reciprocal investment protection treaties and that such treaties are usually referred to as bilateral investment treaties (BITS)”. In that article, the author sets out, and subjects to a detailed analysis, the different approaches that not only Venezuela, Ecuador and Bolivia but also the Andean states have taken in recent years to try to rectify the negative effects of these and other treaties, specifically evidenced by, for example, the rise in the number of international ICSID claims filed by foreign investors (see :MAMANI PRIETO, W.A., : “La dinámica de los acuerdos internacionales de inversión de los andinos” Anuario Mexicano de Derecho Internacional 13 (2013)).

In a ground-breaking ruling delivered on 24 November 2010 (see the complete text of the TCA ruling), the Tribunal Contencioso Administrativo nullified all legal acts which supported this mining project. It further recommended that the Fiscalía investigate high level political leaders and employees of the entities responsible for the environment. In relation to foreign investment, the Tribunal ruled :

In July 2010, months before this ruling was rendered, the current Vice President of Costa Rica, Alfio Piva, put forward the view that because the Executive Decree (declaring that the mining project was advisable) had been derogated from, Costa Rica should pay the Canadian mining enterprise the sum of US$ 1,700 million as compensation. The controversy in the Legislative Assembly on the same day provoked Francisco Chacón González (then a Member of Parliament) to issue the following statement :

“I suppose that that the Vice President was simply expressing his concern, when he made declarations to the press yesterday that were published today, on what would be the consequences of decisions that eventually could be taken ; he is not even proposing what this decision would be. He is pointing out something that we know and that we must accept. This is because we live under the Rule of Law. Therefore, were this the decision that shall be taken by the Executive, the Government and through it, all Costa Rican people, we will have to assume the consequences of paying this compensation” (see the discussion p. 30, record of 27 July 2010 available here).

At that date, we did not have any details on the members of the “commission of experts” that advised the authorities in this field nor the methodology used to calculate this figure (which later Alfio Piva qualified this as a simple “vote by show of hands”).This assertion was subject to a public questioning and to Rodolfo Cerdas’s (the columnist’s) severely critical eye. Cerdas reached the following conclusion : “For a far smaller blunder, England and France would have by now responded to INBio, for tending to sheep rather than matters of the republic.” Later, Vice President Alfio Piva wrote an article, “Crucitas : una oportunidad para fortelecer nuestra democracia”. This article failed to clarify doubts expressed by several analysts on the exact identity of the members of the “commission of experts” and neither did it relate to the methodology used to obtain this generous figure proposed by the authorities at the end of July 2010.

Additional information : We refer you to several articles and press articles published on the mining project located in Las Crucitas in Costa Rica and international arbitration, organized in chronological order.

Article referred to : Nicolas Boeglin : Argentina : Towards a Possible New Withdrawal from ICSID available at http://www.bilaterals.org/?argentina-towards-a-possible-new