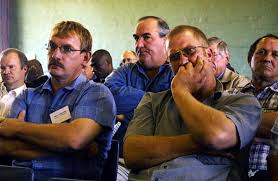 In 2009, the government was ordered to pay $25 million compensation to 40 Dutch farmers after they successfully challenged the land grab at ICSID.

Addressing thousands of Zanu PF supporters in Dema last week, Matiza revealed that the government was aware of plans by rogue ruling party supporters to invade the farms.

“I am aware of the entire move by a pocket of people to invade farms owned by foreign countries under the bilateral agreement policy. I am warning those intending to do that to stop their motives because the government will not tolerate that,” Matiza said.

“Those farms serve a special purpose and this country also has projects in other countries. I heard that recently some people tried to invade one such farm, which is bad. If one needs land, he has to apply for it and get it through proper channels. Stay off those farms,” said Matiza.

Zimbabwe has signed Bippas with several countries including Germany, South Africa, Denmark, Belgium and Switzerland. In 2009, the government was ordered to pay $25 million compensation to 40 Dutch farmers after they successfully challenged the land grab at the International Court for Settlement of Investment Disputes.