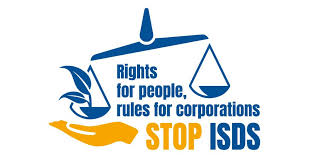 MPs are set to try to force the government to block corporate lawsuits relating to future trade deals, in a bid to safeguard human rights.

Politicians want to bar firms from suing over British policies that they believe harm their profits, such as environmental regulations or workers’ rights.

Trade campaigners fear that the proposed structure of some deals could give international investors sweeping powers to overrule national parliaments with “investor-state dispute settlements” – better known as ISDS.

Boris Johnson has pledged to sign free trade deals with countries around the world after the UK leaves the EU single market at the end of the year.

ISDS take place in international tribunals that are included in some trade agreements as a governance mechanism.

An amendment to the upcoming Trade Bill set to be debated on Monday in the House of Commons would outlaw ISDS. Such cases are litigated in opaque private arbitration courts outside the main legal system.

A second amendment, also proposed by the Liberal Democrats, would require the UK to assess each new trade agreement’s impact on citizens’ rights with regard to gender, age, race, class and economic wellbeing.

ISDS was a feature of the failed Transatlantic Trade and Investment Partnership deal proposed between the United States and the European Union, and was one of its most controversial aspects.

Other examples include an unsuccessful bid by tobacco company Philip Morris to sue the Uruguayan government for introducing anti-smoking legislation, arguing that the policies devalued its cigarette trademarks and investments. The tribunal took six years to find in favour of the government.

Speaking ahead of the debate in the House of Commons on Monday, Liberal Democrat international trade spokesperson Sarah Olney told The Independent: “As the UK pursues a new trade policy we must not abandon the values we benefited from as members of the EU: human rights, justice and transparency must be safeguarded despite the government’s Brexit plans.

“The government’s approach to trade has woefully neglected these principles. Not only have they offered next to no guarantees on environmental and worker protections, but they even seem intent on giving large multinationals a say over our own rules.

“There’s no hiding from the fact that this is the opposite of ‘taking back control’. That is why Liberal Democrats are fighting for a fair trade policy, that commits us and our partners to the highest standards, and that stands against secretive courts that let foreign companies abuse their power.”

ISDS was included in the USMCA deal between the US, Mexico and Canada – signed by Donald Trump – as well as the older Nafta treaty between the same countries.

The government’s large majority in the Commons means a substantial rebellion would be required for the amendment to go through, or government backing – which is so far looking absent.

David Lawrence of the Trade Justice Movement said: “Human rights and high standards must be at the heart of our future trade policy. The Trade Bill offers an opportunity to enshrine these principles in law.

“MPs should support amendments which require the government to undertake human rights impact assessments of all trade deals before and after implementation. The bill also offers an opportunity for the UK to free itself from harmful investor court provisions in trade deals.

“These secretive courts have been used by companies to challenge important environmental and social regulations, including minimum wage rises and pollution controls. Removing ISDS clauses from trade deals is essential for ensuring that our new trade policy is good for people and the planet.”