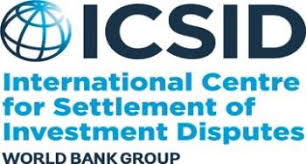 Qatar International Court and Dispute Resolution Center (QICDRC) on Sunday entered into a pact with a World Bank body as part of plans to enhance its profile in the global judicial system and establish itself as a hub for dispute resolution.

In this regard, QICDRC has entered into an agreement with Washington-based International Center for Settlement of Investment Disputes (ICSID), which is considered the world’s leading institutions devoted to international investment dispute settlement. The agreement was signed by QICDRC chief executive Faisal Rashid al-Sahouti and ICSID secretary general Meg Kinnear.

Qatar has been the member of ICSID since 2011. In 2018, 5% of ICSID cases involved investors from the Middle East and North Africa (Mena) region.

According to the pact, QICDRC and ICSID will be able to conduct all or any part of the arbitration proceedings at the seat of their respective centres with each party benefiting from prioritised access to the facilities and services offered at the other party’s centre, including meeting rooms, offices, and interpretation and translation services.

“The co-operation agreement is of great importance as it allows us to continue our growth and expansion plan to establish the court as a regional and international hub for dispute resolution,” al-Sahouti said after the agreement, which took place on the sidelines of a seminar hosted by QICDRC.

The seminar concluded with discussions as to why the Mena region, especially Qatar, could see a growing number of cases, given the increasing trend towards foreign direct investment and economic development.

“QICDRC seeks to activate the mechanisms of enforcement of judicial decisions at the international level…Our aim is to provide a global model for an effective judicial system which adopts international best practices in arbitration and dispute resolution to advance Qatar’s profile as an advocate of rule of law,” al-Sahouti said.

He said the new partnership would catalyse the dissemination of knowledge between QICDRC and ICSID in the areas of arbitration, conciliation and other alternative methods of dispute resolution. It will also pave the way for co-operation in international areas of interest of both parties in the future.

“International investment arbitration is increasing around the globe, including in the Middle East. We are delighted to have this opportunity to discuss the ICSID system with practitioners in the legal community of Qatar and to enter into a co-operation agreement with QICDRC,” according to Kinnear.

The co-operation agreement is the latest step in QICDRC’s efforts to provide an effective and fast delivery of justice through its renowned legal framework which contributes to the overall vision of developing a trusted and safe business environment in Qatar.