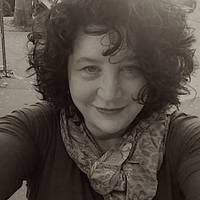 "Analyses of potential costs to the PBS in delays in generic and biosimilar market entry can’t simply be dismissed as scaremongering. The numbers are real," Lopert says.

Australians value the Pharmaceutical Benefits Scheme and they are prepared to fight for it.

American drug companies realised that in 2004, when the Australia-US free trade agreement was negotiated – it almost derailed the deal.

"It was a very tough negotiation - I thought it was extremely tough," Australia’s primary negotiator on medicines, Dr Ruth Lopert said.

Dr Lopert is now an adjunct Professor at George Washington University’s Department of Public Health and has warned a new trade deal being negotiated in secret – the Trans-Pacific Partnership (TPP) – could force the Australian Government to spend hundreds of millions of dollars to subsidise medicines.

The TPP covers the US, Australia and 10 other countries making up 40 per cent of the world’s economy.

"The objective is to prolong monopolies on medicines and thereby maintain prices. While the medicine has a monopoly in the market the price can be determined by the seller," Dr Lopert said.

"The taxpayer will be paying more. Ultimately, if this affects the long-term sustainability of the PBS, that will likely be pushed onto consumers through higher co-payments.

"To give you an example – the drug Humira used to treat rheumatoid arthritis – a one-year delay in the marketing of a follow-on version of that drug ... would mean savings foregone of $44 million based on 2013 expenditure."

And that is just one drug.

"US senator Orrin Hatch has said there can’t be a TPP without 12 years of data protection for biologics and I think that would be a disaster in Australia," Dr Lopert said.

But Trade Minister Andrew Robb said he shared the concern and he had not conceded anything to increase protections for pharmaceutical companies under this new trade deal.

"I haven’t conceded anything on that score. I do feel that this is a free trade agreement, this is not an agreement that’s to be used by others to increase protection for pharmaceuticals," he said.

"And that’s a point I’ve made in negotiations, time and time again."

Dr Lopert disagrees based on leaked documents from the negotiations.

"Analyses of potential costs to the PBS in delays in generic and biosimilar market entry can’t simply be dismissed as scaremongering. The numbers are real."

The ’chilling effect’ of the Investor State Dispute Settlement

But there is another looming fear from these trade negotiations that was specifically kept out of the Australia-US free trade deal a decade ago.

It is called ISDS – Investor State Dispute Settlement – a mechanism which allows foreign corporations to sue governments, such as Australia, outside their court system.

"The ISDS is there to give investors protection in those markets where we don’t understand the legal system; where the legal system may not, you know, be as fair as we think it should be," Mr Robb said.

Australia is already being sued by tobacco giant Philip Morris via a similar ISDS mechanism over the introduction of plain cigarette packaging.

It was in an investment treaty Australia did with Hong Kong. The legal fight is now being decided by a secret panel of three people with the result due out late next year.

Dr Lopert warned other governments were being sued for denying patents.

"The Canadian government is being sued by Eli-Lily to the tune of $500 million dollars – [these are] not theoretical concerns these are actual concerns," she said.

But it is not just the potential cost of these lawsuits that worries experts, it is the scope for intimidation.

"They have a chilling effect on policymakers whether to pursue certain policies [like plain packaging] that are creative and forward thinking," Dr Lopert said. Data protection and being a good global citizen

"The US’ own federal trade commission has said that’s not needed – the White House said in its budget proposal each year that data protection should be reduced to seven years," she said.

"There has to be competition otherwise medicines will become completely unaffordable and not just in poor countries – for Americans without insurance, they’re unaffordable already."

She also cited the effect increased drug costs would have in developing nations.

"Increasing the duration and scope of patents in Vietnam has the potential to reduce the availability of treatment for a large number of people in Vietnam and put prices for the [treatment] up over a period of time.

"Inevitably public health policies and objectives will often take a back seat to economic objectives.

"Australia as a good global citizen has an obligation to consider the interests of its neighbours in its negotiation – not just be concerned about Australian interests."

’Months and months’ to scrutinise any deal

No matter what is in the text, Australia will be under pressure to make it happen.

Mr Robb has attempted to reassure the Australian public that despite signing any deal the Parliament will have "months and months" to scrutinise it.

It cannot be changed.

Australia as an ally of the US is already being leaned on.

President Barack Obama just last month said the implications of China negotiating trade rules for the 21st century will mean the US will be cut out or deeply disadvantaged.

We need to talk about valuation in ISDS
Investors are receiving monetary damages that they would not be entitled to outside of ISDS, on the basis of an unjustified and highly reductive understanding of value.

Covid-19: Why India doesn’t need to worry about investor-State dispute settlement claims
In order to halt the spread of the coronavirus pandemic (Covid-19) and to boost the public health care system and preparedness, India has taken several regulatory steps.