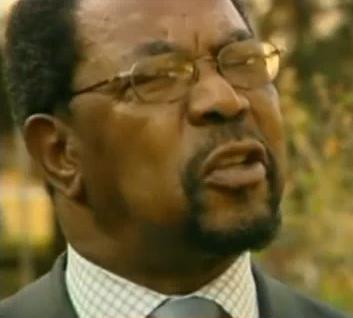 After 3 years and 8 months, Zimbabwe has admitted financial liability on illegal farm invasions and forthwith issued a statement that they are ceasing all farm invasions on properties protected by bilateral investment treaties.

This came as Zimbabwe’s Land Reforms and Resettlement Minister Herbert Murerwa, announced that “government has taken the decision not to settle persons on farms covered by BIPPA for now,” following revelations the World Bank will no longer lend financial assistance due to the breaches.

Murerwa who has before returned farmlands to a white farmer because the new black owner had failed to optimally utilise it, has openly admitted the disaster government plunged itself into when it violently took over properties without paying compensation.

“Although under Zimbabwean law, Government can legally acquire such farms, in view of the ongoing litigation in the ISCID, Government has taken the decision not to settle persons on farms covered by BIPPA for now,” said Minister Murerwa.

“Government will abide by the provision of the agreement and at the same time we do not want to increase our liability.”

Some of the countries covered by BIPPA include Denmark, Germany, Belgium, Netherlands, Italy, Malaysia and Switzerland.

“At Tavydale farm, a decision has been made by myself and the Mashonaland Central Governor and Resident Minister Martin Dinha that we will not settle farmers on the property,” he said.

The World Bank court on the 22nd April 2009 ruled against the government of Zimbabwe in a landmark case that ushered in a revolution to the determination of land cases and bringing to shame Robert Mugabe’s controversial land grab policy while also reducing the government’s credit rating with the monetary authority. The world bank’s ICSID Tribunal ruled in favour of several Dutch farmers who appealed to the court in 2005 after their farms were unlawfully taken away. Their number by way of precedence, soon rose to 40.

The money was payable within 90 days but until this week, the Zimbabwean government’s Land Reforms and Resettlement Ministry had not issued a response on the old ruling, keeping silent for close to 4 years.

In their case, the Dutch farmers revealed a breach of the Netherlands-Zimbabwe bilateral investment treaty (“the Treaty”). The damages awarded were Euro 8,220,000 plus interest of 10% compounded every six months from the date of breach. Therefore the total due today equates to approximately Euro 16 million, and interest continues to accrue each day until payment. The award must be paid within three months.

The key findings of the Tribunal were as follows. The Tribunal noted that Zimbabwe had admitted that it had expropriated the farms concerned and had not paid compensation. The applicable law governing the dispute under the Treaty was public international law, not Zimbabwean law. The date of expropriation, and therefore the breach of the Treaty, was held to be the date the section 8 orders were issued, or in cases where no section 8 order was issued and the farm was invaded, the date of the enactment of the Rural Land Occupiers (Protection from Eviction) Act, which prevented the removal of invaders. The level of compensation payable was that as determined by public international law, which is the market value of the properties and all other losses arising from the expropriations. Zimbabwean law and procedures had no part to play in determining the level of compensation due. The claimants’ expert’s methodology of valuing each of the farms as a production unit as at 2001/2002 was correct. The government’s method of valuation was “not computed properly according to [international] law” and the government’s valuations “are obviously too low”. The Tribunal did not consider that a defence of necessity had been factually or legally established by Zimbabwe and noted that no state of emergency was ever declared. Further, the tribunal refused to discount the damages on the basis requested by Zimbabwe, which was that the expropriations were part of a large scale nationalisation; the “number and aim of the expropriations” were, according to the Tribunal, not relevant.

“The award is fair, measured and decisive and is the culmination of many years of work on the part of our firms, Valuation Consortium and AgricAfrica. We congratulate the claimants in having the courage, patience and tenacity to see through this claim and we hope it encourages others to come forward and bring claims under the bilateral investment treaties. The effect of the Dutch claims, the past SADC claims and the claims to follow all ultimately serve to show the Government of Zimbabwe that the rule of law and international obligations must be respected and the issue of redress for all farmers, regardless of nationality must be resolved.”

“The attitude of the regime towards the farm acquisitions was quite straight forward. They were “taking the farms” from their owners. They simply went to a nominated agency or individual and obtained an “offer letter” which then allowed the “beneficiary” the right to take occupation. No protection was afforded to the owner or his staff and no interference was permitted, as the operation was considered “political”. In the majority of cases force was used – mainly in the form of groups of young, politically motivated thugs who acted on behalf of the “beneficiary”. Once the owners and their senior staff had been evicted, the new farmers took occupation and took advantage of the assets and even standing crops and livestock on the farms.

“Many elderly and outstanding farmers were evicted in this way – leaving some of them so traumatised that they never recovered. One such farmer, Keith Harvey, was evicted from his cattle ranch in the midlands and subsequently went into a cationic coma for two years before he eventually died. He was a former chairman of the Natural Resources Board and a life long conservationist. A fine cattleman and a person of great integrity and commitment to the country of his birth.

“But no estimate has yet been made of just what the disruption of commercial farms has cost us and I asked economists in the farming industry to let me have the numbers. Even I was shocked by the statistics. In 2000 the total output of the agricultural industry in Zimbabwe was 4,3 million tonnes of agricultural products worth at today’s prices US$3,347 billion. This has declined to just over 1,348 million tonnes of products in 2009 worth US$1billion – a decline of 69 per cent in volume and a decline of 70 per cent in value.”