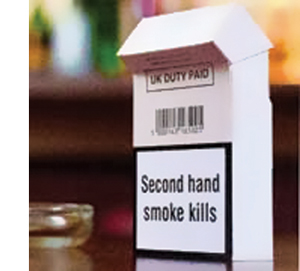 Philip Morris says plain packaging amounts to theft of intellectual property and wants a clause added to the TPPA which would allow the company to sue the commonwealth for damages internationally.

AAP. Big tobacco is hoping a new multilateral free trade agreement will enable it to sue the Federal Government if Australia introduces plain packaging for cigarettes in mid-2012 as planned.

Philip Morris wants a clause added to the Trans-Pacific Partnership Agreement (TPPA), currently being negotiated, which would allow the company to sue the commonwealth for damages internationally.

Health experts are calling on the Gillard Government to fight back by insisting on a counter-clause to make clear the regional agreement couldn’t restrict efforts "to prevent or reduce tobacco use".

In its submission the tobacco company argues plain packaging amounts to the theft of intellectual property.

It wants an investor-state dispute settlement provision inserted in the trade agreement that would allow it to sue governments that introduced legislation impeding foreign investment.

"Such provisions grant investors covered by them a right to initiate dispute-settlement proceedings for damages in international arbitration proceedings against foreign governments...without having to first seek damages in domestic courts," Professor Faunce writes in the latest issue of the Medical Journal of Australia.

"The lawyers controlling such arbitral proceedings are appointed and paid at the behest of the parties and do not necessarily take account of domestic public health and environment protections."

Professor Faunce, from the Australian National University, expects final negotiations on the TPPA to conclude this year with the agreement to enter into force in 2012.

"But there’s a strong chance we may be able to remove the investor-state clause component or significantly alter its application to Australia."

Such a provision was expressly excluded from the 2005 bilateral Australia-US Free Trade Agreement.

But Professor Faunce says even if an investor-state clause finds its way into the final TPPA, the Federal Government can protect itself by passing domestic legislation.

"Parties may initiate interpretive declarations restricting the applicability of any investor-state dispute settlement provision ... to their public health policies, legislation and regulations," he writes in the MJA with co-author Ruth Townsend.

Australia could also argue for a clause to be inserted in the agreement stipulating "a non-discriminatory regulation for public health that affects foreign investment is not deemed expropriatory and compensable for damages".

The journal article notes that last year then trade minister Simon Crean said Australia had "serious reservations about the inclusion of investor-state dispute settlement provision in this agreement".

"We do not want new layers of red tape under the guise of trade liberalisation," Mr Crean said.

Labor announced in April last year that cigarettes will have to be sold in plain packets from mid-2012.

If the move is successful it will be a world first.

The Government expects the change to make smoking less appealing to young people who may be susceptible to the lure of branding and packaging.