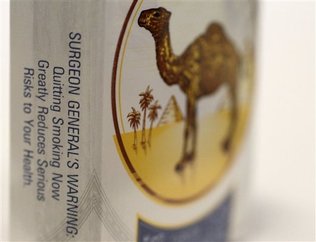 An arbitral tribunal is expected to issue soon a decision on jurisdictional matters in a case brought by Philip Morris against the government of Uruguay. The claim, based on a bilateral investment treaty (BIT) between that country and Switzerland, challenges packaging and labeling requirements for cigarettes adopted by Uruguay to reduce tobacco’s consumption.

Many developing countries have, like Uruguay, entered into BITs and other agreements to protect foreign direct investment (FDI), which entail substantial restrictions on the sovereignty of recipient countries. At the end of 2011, 2,833 BITs had been signed worldwide. The granting of legal protection to foreign investors under BITs and other agreements (such as chapters in free trade agreements negotiated with developed countries) has often been seen as necessary to attract FDI. However, it is doubtful whether they have actually been effective in generating investment flows and promoting development gains.

Moreover, ‘BITs turned out to be much more “hazardous” than they seemed to be: many developing countries have been sentenced by international arbitral tribunals to pay millions of dollars as a result of alleged violations to these treaties’ (Lavopa, Barreiros and Bruno, 2012). Most of these awards based their decisions on overly expansive interpretations of such legal standards and concepts. This is the result of several typical features of BITs.

First, BITs generally include overbroad definitions of ‘investment’, which encompass almost any kind of business asset, such as movable and immovable property, equity in companies, claims to money, contractual rights, intellectual property rights, concessions, licenses and similar rights are included. This concept is broader than FDI, as it includes portfolio investments as well.

Second, protection is conferred on the basis of ambiguous legal standards such as “fair and equitable treatment” and “indirect expropriation”. As a consequence, international arbitration tribunals have a lot of discretion to judge governments’ behavior. BITs empower such tribunals (composed of ad-hoc appointed arbitrators not subject to any jurisdictional authority) to condemn policies adopted in the public interest, on the basis of vaguely defined ‘investors’ rights’.

Third, BITs generally include a Most Favored Nation (“MFN”) clause, which assures equally favorable treatment to the investments by the nationals of a contracting party as the host country grants under other BITs to the investors of any other country. This means that the highest standard agreed upon by the host country in any BIT may be invoked by investors entitled to a lower protection under the BITs with their own home countries.

Fourth, and most significantly, BITs provide for the investor’s right to directly sue the government of the country where the investment has taken place. This is radically different from the State-to-State dispute settlement mechanism established under the World Trade Organization (WTO). Adjudication of disputes under BITs is generally done through arbitration tribunals that are not rooted in the judicial system of the contracting parties, in accordance with the rules of the United Nations Commission on International Trade Law (UNCITRAL) or, most commonly, under the auspices of the International Center for the Settlement of Investment Disputes (ICSID). By the end of 2011, the total number of known treaty-based cases had reached 450; in 2011, the number of known Investor-State dispute settlement cases grew by at least 46, with the potential of billions of dollars in compensations to be paid to allegedly affected investors. The growing number of cases submitted to arbitration and the multi-million awards issued against the complained countries, without the possibility of an appeal, has led to a growing discontent and to initiatives to exclude international arbitration clauses from BITs, as well to withdraw from the ICSID Convention.

As a result of these features, investors can challenge and claim compensation for the alleged effects of core public policies they consider negatively affect their business prospects, as illustrated by the case initiated against public health measures adopted by Uruguay.

Uruguay is one of the 173 signatories of the World Health Organization’s Framework Convention on Tobacco Control (FCTC) whose stated objective is ‘to protect present and future generations from the devastating health, social, environmental and economic consequences of tobacco consumption and exposure to tobacco smoke…’ (article 3). In accordance with article 5 of the Convention ‘[E]ach Party shall develop, implement, periodically update and review comprehensive multisectoral national tobacco control strategies, plans and programmes in accordance with this Convention and the protocols to which it is a Party’. Article 11 provides for specific measures to be adopted with regard to ‘Packaging and labeling of tobacco products’, further developed by the ‘Guidelines for implementation of Article 11 of the WHO Framework Convention on Tobacco Control (packaging and labeling of tobacco products)’.

In line with the requirements under the FCTC, Uruguay strengthened in 2008-2009 its anti-tobacco policies. Philip Morris has claimed that three of the measures adopted by the Uruguayan government violate the BIT entered into that country and Switzerland. Such measures are the following:

Article 1 of Ordinance 514 of the Ministry of Public Health (August 2008) required that one of a new series of pictograms designed by the Ministry of Public Health –depicting with disturbing images the health impact of tobacco - be included on cigarettes’ packaging. In accordance with a statement by Philip Morris, the mandated pictograms include ‘repulsive and shocking pictures, such as a grotesquely disfigured baby. We do not oppose the use of graphic health warnings but believe that images should accurately depict the health effects of smoking’. Many developed and developing countries have adopted similar measures. For instance, in Latin America, since the adoption of the FCTC in 2005, nine countries adopted pictorial labels and six passed legislation that is pending of implementation.

Article 3 of Ordinance 514 of the Ministry of Public Health introduced a “single presentation requirement” that prohibited cigarette manufacturers from marketing more than one product under a single brand name. The purpose of this measure is to avoid the false belief (which has been found to be common in Uruguay) that ‘light’ or ‘mild’ cigarettes are less harmful to health than others. This requirement prevented Philip Morris from selling different types of cigarettes (‘Red’, ‘Gold, ‘Blue’ and ‘Green’). The company has argued that ‘arbitrarily removing brands has simply led to consumers changing to local brands or contraband and counterfeit cigarettes, when they can no longer find their preferred products legally for sale in Uruguay’. Restrictions on branding have been implemented in many countries. In Latin America, for instance, seventeen countries have banned brand descriptors.

Decree 287/009 (June 2009) increased the size of the health warnings on cigarette packages from 50% to 80% of the front and back of the cigarette packages. In accordance with Phillip Morris’ statement, ‘[A]lthough we support regulations requiring prominent health warnings, the requirement of 80% leaves virtually no space on the pack for display of legally protected trademarks’. However, Uruguay’s measure is consistent with the FCTC rules. In accordance with the Guidelines for article 11 of the Convention mentioned above, ‘Given the evidence that the effectiveness of health warnings and messages increases with their size, Parties should consider using health warnings and messages that cover more than 50% of the principal display areas and aim to cover as much of the principal display areas as possible’ (paragraph 12).

Uruguay’s response to Philip Morris’ claim focuses on the lack of jurisdiction of ICSID to decide on the matter, rather than on the substance of the case. Uruguay’s arguments are solid.

The Uruguay-Switzerland BIT includes a provision unusual in BITs: article 2(1) provides that ‘The Contracting Parties recognize each other’s right not to allow economic activities for reasons of public security and order, public health or morality, as well as activities which by law are reserved to their own investors’.

This provision defines areas where investors’ rights cannot be claimed. Its wording is significantly different from the typical ‘non-precluded measures’ provisions in BITs, which generally provide for an exception in cases where some measures are ‘necessary’ to preserve the ‘public order’. The Uruguay-Switzerland BIT specifically refers to ‘public health’ (anti-tobacco measures obviously fall under this category), recognizes the contracting parties’ ‘right not to allow’ certain activities (that is, it is not framed as an exception), it does not contain a ‘necessity’ test, and defines the scope of measures outside the BIT in accordance with their intended objective (public security and order, public health or morality). Therefore, measures adopted in the framework of article 2(1) fall outside the BIT; they cannot be subject under an investor-State claim to the standards of “fair and equitable treatment” nor to other disciplines contained in the treaty.

In addition, the BIT chosen by Philip Morris to challenge Uruguay’s anti-tobacco measures requires complaining investors to submit a dispute to ‘the competent courts’ of the Contracting Party in the territory of which the investment has been made; only if within a period of 18 months after the proceedings have been instituted no judgment has been passed, is the investor entitled to appeal to an arbitral tribunal (article 10(2)). Philip Morris does not ignore this requirement nor does it argue that it has complied with it. It relies on a MFN clause contained in the same BIT to invoke other BITs with ‘more favorable’ treatment. However, as formulated in the Uruguay-Switzerland BIT (article 3(2)), the MFN applies to substantive matters relating to “fair and equitable treatment” and not to jurisdictional issues.

There are other arguments (such as that Philip Morris investment is not protectable, since the costs to the host country widely exceed its benefits; the primacy of the FCTC over BITs, etc.) that the tribunal may consider to come to the conclusion that it has no jurisdiction over this dispute. In any case, the explicitly recognized right to protect public health and the non-compliance with procedural requirements, would seem to be sufficient to reach that conclusion.

The decision in this case is not likely to address, however, the key substantive issue raised by this and similar cases, i.e., whether investors’ rights can be recognized a supremacy over the States’ right to adopt measures to protect public health, particularly when such measures are consistent and adopted pursuant to an international convention. Nevertheless, such decision – although deprived of precedential value - will be important to assess the degree to which BITs can actually intrude into domestic policy-making in the area of public health and other.

Even if Uruguay prevailed in this litigation, the mere existence of this claim suggests that the scope of interference of BITs with domestic policy-making can be significant. Developing countries that have signed BITs should start a process of review and eventual renegotiation or denunciation. Although many legal problems are likely to arise, such as how to deal with the post-termination effects of BITs provisions, it seems important to act before unexpected problems arise. South-South cooperation may be crucial in this process, not only to share expertise and experiences, but to improve the countries’ bargaining position and avoid the risk of being singled out as a country where investment is unprotected.

Author: Carlos Correa is Special Advisor on Trade and Intellectual Property of the South Centre.