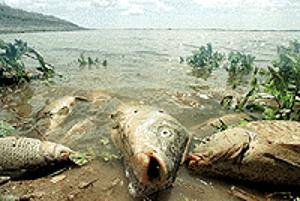 Spanish firms Abengoa, S.A. and COFIDES, S.A. have launched a claim with ICSID against Mexico over the stalled opening of a toxic waste disposal plant built by them in the municipality of Zimapán, approximately 200 kilometres north of Mexico City.

The project has been the subject of ongoing protests by local citizens united under the group Todos Somos Zimapán (We are all Zimapán), who are concerned about the potential negative health effects that the plant will have on their population.

The facility began receiving toxic waste in trucks under federal military escort on April 11, 2009 but local protests managed to turn back at least one of the trucks headed to the facility, according to Mexican daily La Jornada.

A few days later the protests prompted the municipal council of Zimapán to withdraw the project’s license to deposit toxic waste at the site. In doing so the council cited irregularities in the granting of the permit by the previous mayor, reports La Jornada.

The facility was again scheduled to receive toxic waste trucks under military escort on September 3, 2009 after federal government officials announced that the plant would open the following day with or without municipal authorization.

Apperently due to public pressure the company did not proceeded with the plant’s re-opening. Instead a meeting was held between the federal, state and municipal governments in another attempt to resolve the dispute.

After that meeting, Hidalgo governor Miguel Ángel Osorio Chong announced to La Jornada that new studies were to be conducted by a ‘prestigious institution’ to determine if the plant is in fact viable and whether it would put the health of the local community at risk.

ITN contacted Dr. Ramon Ojeda Mestre, a lawyer at Mexico City-based Ojeda, Ojeda and Associates and a leading member of protest group Todos Somos Zimapán, who said that no agreement to conduct a new study was reached at the meeting.

According to Dr. Ojeda, the group did propose that a new interdisciplinary and inter-institutional study be conducted to determine the viability of the plant in order to definitively resolve the dispute, but the federal government has yet to respond to the proposal. However, the company has continued to keep the plant closed, confirms Dr. Ojeda.

Explaining his group’s opposition to the facility, Dr. Ojeda says that under previous Mexican regulations a facility with these characteristics could not be placed within 25 km of a population of over 5,000 inhabitants.

Dr. Ojeda says that a week before Abengoa was granted its license for the waste facility the regulation was changed to 5 km. Zimapán’s municipal seat happens to be 6 km from the waste disposal site and has a population of 15,000 inhabitants, he adds.

He says another issue with the site of the facility is that Mexican law on the transportation of toxic and dangerous waste prohibits vehicles from carrying such materials through urban zones, but that the highway that was to be used to reach the facility comes within three blocks of the center of Zimapán. Dr. Ojeda also cites the existence of 24 Ñañhus indigenous communities and 20 fresh water springs within a 5 km radius of the waste facility, as reasons for his group’s opposition.

The company for its part has argued that the facility is safe and without risks. According to company biologist Édgar Ramírez Hernánde the true danger lies in the 390 thousand tons of dangerous waste produced in the state of Hidalgo, half of which he claims goes into rivers, ravines and streams, or runs in the backyards of industrial areas.

The case was registered by ICSID on December 11, 2009. Under the 2006 Mexico-Spain Bilateral Investment Treaty, the companies would have had to notify Mexico of their intent to pursue arbitration at least six months prior to filing for arbitration at ICSID.