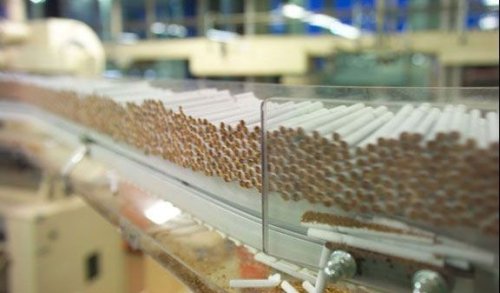 For nearly two decades, the tobacco industry has used international investment rules to challenge government restrictions on cigarette marketing. In 1994, R.J. Reynolds Tobacco Company threatened to bring a claim under the North American Free Trade Agreement’s (NAFTA) investment chapter as part of its successful lobbying campaign against Canada’s proposed “plain packaging” legislation, which would have required that all cigarettes be sold in standardized packaging without logos or trademarks. More recently, Philip Morris has brought an investor-state claim challenging Uruguay’s restrictions on cigarette packaging, and formally threatened the government of Australia with an arbitration claim in response to its packaging rules.[i]

Philip Morris’s challenge to Uruguay’s tobacco regulations raises a number of fascinating (although not entirely new) issues concerning international investment law, including the scope of fair and equitable treatment, the use of most favored nation (MFN) provisions to invoke more lenient procedural standards, and the availability of injunctive relief in investment arbitration. The legal basis of Philip Morris’s notice of claim against Australia has not yet been publicly disclosed, but the case promises to be closely watched in Australia and abroad.

Perhaps even more interesting, however, will be the response of governments to this use of investor-state arbitration in the politically sensitive context of tobacco regulation. Philip Morris has lobbied the United States Trade Representative (USTR) to include strong investment protections for tobacco trademarks in the proposed Trans-Pacific Partnership Agreement (TPPA). Australia, in turn, has announced that it will oppose the inclusion of investor-state arbitration in its future free trade agreements, including the TPPA, due in part to the threat of challenges to its proposed plain packaging rules. The reaction to Australia’s stance by the United States government, which is legally prohibited from promoting tobacco exports or seeking the removal of non-discriminatory tobacco regulations, will merit particular attention.

Given the widespread concern for tobacco’s negative health effects, the tobacco industry was wary of debating plain packaging as a health issue. The industry saw trade and investment rules, especially those included in the recently enacted NAFTA, as an effective way to frame plain packaging as a legal issue divorced from health concerns.[iii] Relying on NAFTA’s investment chapter, R.J. Reynolds Tobacco Company sent a memorandum to the House of Commons Standing Committee on Health arguing that plain packaging would constitute an illegal expropriation of a legally protected trademark, requiring Canada to pay hundreds of millions of dollars in compensation.[iv]

The mere threat of investment arbitration had a powerful impact on Parliament’s deliberations on plain packaging. Although it was the Canadian Supreme Court’s invalidation of Canada’s Tobacco Products Control Act in 1995 that ultimately put the plain packaging debate to rest, the NAFTA threat is widely believed to have deterred the government from taking legislative action on plain packaging prior to the Court’s ruling.[v]

On 19 February 2010, Philip Morris filed a request for arbitration against Uruguay with the International Centre for Settlement of Investment Disputes (ICSID). Philip Morris alleges that recent tobacco regulations enacted by Uruguay violate several provisions of the Switzerland-Uruguay bilateral investment treaty (BIT).[vi] Specifically, Philip Morris is challenging three provisions of Uruguay’s tobacco regulations: (1) a “single presentation” requirement that prohibits marketing more than one tobacco product under each brand,[vii] (2) a requirement that tobacco packages include “pictograms” with graphic images of the health consequences of smoking (such as cancerous lungs),[viii] and (3) a mandate that health warnings cover 80% of the front and back of cigarette packages.[ix]

All three measures, Philip Morris argues, violate Article 3(1) of the BIT, which prohibits subjecting investments to “unreasonable” measures, because they are overbroad and bear no rational relationship to their purported public health objectives.[x] Philip Morris further alleges that the single presentation requirement constitutes an expropriation of Philip Morris’s trademarks by prohibiting their use on multiple brands.[xi]

The scope of fair and equitable treatment

Philip Morris’s most interesting claims implicate one of the more persistent areas of debate in international investment law: the scope of the rights provided under the “fair and equitable treatment” provisions of investment treaties. The most restrictive interpretation of this language (and the position that the United States has taken since 2002) is that it merely reflects the customary international law standard of protection that is already guaranteed to foreign investors under the right to the “minimum standard of treatment” under international law.

Philip Morris’s request for arbitration also raises interesting procedural questions concerning the use of MFN clauses to avoid procedural obligations and the availability of injunctive relief in investment arbitration.

Injunctive relief as a remedy in investor-state arbitration

In addition to monetary damages, Philip Morris is requesting that the tribunal order Uruguay to suspend the application of the challenged regulations.[xiv] Investor-state tribunals typically provide relief in the form of monetary damages; there has been relatively little discussion of the availability of injunctive relief. At least one prominent commentator, however, has concluded that “the [ICSID] Convention’s drafting history indicates that an ICSID tribunal has the power not only to award monetary damages, but also to order a party to perform a specific act or to desist from a particular course of action.”[xv]

Prior to bringing an investor-state claim, Article 10 of the Switzerland-Uruguay BIT requires an investor to attempt to negotiate a resolution of a dispute with the host country for at least six months, and then to attempt to litigate the dispute through the domestic courts of the host state for at least eighteen months. Philip Morris argues, however, that it need not comply with either requirement because the BIT contains an MFN provision that entitles it to the standard of treatment that Uruguay provides to investors from other countries under BITs that permit investors to proceed directly to arbitration.

A similar strategy was used in the well-known Maffezini v. Spain arbitration to bypass a provision in the Argentina-Spain BIT that requires an investor to pursue available domestic remedies for at least eighteen months before bringing an arbitration claim.[xvi] Other tribunals have rejected attempts to use MFN clauses in investment treaties to gain access to more favorable dispute settlement provisions in other agreements.[xvii]

The potential use of investment arbitration to challenge tobacco regulations has also become a source of controversy in the negotiations on the TPPA, a free trade agreement being negotiated by Australia, Brunei, Chile, Malaysia, New Zealand, Peru, Singapore, the United States and Vietnam. Philip Morris has moved aggressively to use the TPPA negotiations to limit restrictions on tobacco marketing. In comments submitted to USTR, Philip Morris argued that Australia’s plain packaging regulations would be “tantamount to expropriation” of its intellectual property rights, and complained of the broad authority delegated to Singapore’s Minister of Health to restrict tobacco marketing.[xviii] In order to address these “excessive legislative proposals,” Philip Morris urged USTR to pursue both strong protections for intellectual property and inclusion of the investor-state dispute settlement mechanism in the TPPA.

More recently, Philip Morris served the government of Australia with a notice of claim, setting in motion a three-month period of negotiation before arbitration proceedings can be commenced. Philip Morris is relying on the Australia-Hong Kong BIT, as its Australian operations are owned by the Hong Kong-based Philip Morris Asia Limited. Announcing the notice of claim on 27 June 2011, a spokesperson for the company said “damages may amount to billions of dollars”.

Even before its notice of claim was sent in June, Philip Morris’s aggressive use of investment law to challenge tobacco regulations may have backfired. In April, Australia’s government announced that it would no longer support the inclusion of investor-state arbitration in its free trade agreements, explicitly linking its new position to the attempts to “limit [Australia’s] capacity to put health warnings or plain packaging requirements on tobacco products . . .”[xix]

Significantly, Australia also indicated that it would support equal treatment for foreign and domestic investors, but would oppose provisions in future agreements that would provide foreign investors with greater rights. This stance echoes the Calvo Doctrine that many Latin American governments once espoused, as well as the United States Congress’s mandate that U.S. investment agreements should not provide foreign investors with greater substantive rights than those enjoyed by domestic investors.[xx]

Australia’s initiative on plain packaging is consistent with its status as a Party to the World Health Organization Framework Convention on Tobacco Control (FCTC), the world’s first global public health treaty. Article 11 of the FCTC requires all signatories to enact strong packaging and labeling regulations, consistent with those enacted in Uruguay and proposed in Australia.[xxi] Another prospective member of the TPPA and signatory to the FCTC, New Zealand, has indicated that it may also impose plain packaging regulations on tobacco products,[xxii] further heightening tension over the issue in the TPPA negotiations.

The controversy over plain packaging regulations and investor-state arbitration puts the United States in an awkward position in the TPPA negotiations. Since 1997, an amendment to the annual appropriations bill sponsored by Congressman Lloyd Doggett has prohibited USTR from using government funds—

Executive Order 13193, signed by President Clinton in 2001, similarly prohibits U.S. agencies from promoting the sale or export of tobacco or seeking to reduce or remove foreign governments’ advertising restrictions on tobacco products.[xxiv]

Arguably, USTR routinely violates these restrictions by negotiating provisions in U.S. trade agreements that potentially restrict the ability of governments to regulate the marketing of tobacco products. U.S. FTAs typically include many of the same provisions that Philip Morris is currently invoking in its arbitration against Uruguay, including protection for intellectual property rights, investor-state dispute settlement, a prohibition on uncompensated expropriation, and a guarantee of “fair and equitable treatment.” Nevertheless, in light of the significant media coverage that Australia’s stance on plain packaging and investor-state arbitration has received, it appears likely that USTR’s compliance with the Doggett Amendment and Executive Order 13193 in the TPPA negotiations will attract substantial scrutiny.

[xviii] Submission of Philip Morris International in Response to the Request for Comments Concerning the Proposed Trans-Pacific Partnership Trade Agreement at 2 (January 22, 2010), available at http://www.regulations.gov/#!documentDetail;D=USTR-2009-0041-0016.1

[xxiv] Executive Order 13193 of January 18, 2001, Federal Register, Vol. 66, No. 15, Presidential Documents (January 23, 2001) 7387 (“executive departments and agencies shall not promote the sale or export of tobacco or tobacco products, or seek the reduction or removal of foreign government restrictions on the marketing and advertising of such products . . .”).