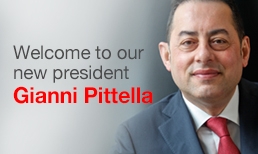 "It will be up to the Parliament – the democratic conscience of EU trade policy – to decide whether or not to ratify CETA."

Group of the Progressive Alliance of Socialists & Democrats in the European Parliament | 26.08.2014

“The Commission should listen to the concerns voiced by the European Parliament and the S&D Group about the investor-state dispute settlement mechanism (ISDS) in the Comprehensive Economic and Trade Agreement (CETA) between the EU and Canada.

"It will be up to the Parliament – the democratic conscience of EU trade policy – to decide whether or not to ratify CETA.

“The CETA agreement, to be initialled at the EU-Canada summit at the end of September, would be a positive agreement and would bring opportunities for growth and jobs on both sides of the Atlantic. It covers various sectors ranging from agricultural and industrial goods to services, intellectual property rights, public procurement and sustainable development.

“However, some EU member states, notably Germany, have raised serious concerns regarding the controversial ISDS clause in the agreement that allows multinational companies to bring international arbitration cases against governments. The S&D Group has always opposed the inclusion of this mechanism and we expressed our opposition in letters sent to EU Trade Commissioner De Gucht as far back as 2012. A resolution adopted by the European Parliament in 2011 on EU-Canada trade relations also states the Parliament’s preference for traditional state-to-state dispute settlement and the use of local judicial remedies to address investment disputes.

“The ISDS mechanism, where applied, has already shown how much power corporations have wielded in the name of profit. It is time the EU followed the Australian example and scrapped ISDS in the CETA and in the EU-US Transatlantic Trade and Investment Partnership (TTIP).

"CETA has already been delayed for too long. A trade deal between the EU and Canada has the potential for great economic benefits and it should not be put in jeopardy for the sake of an unnecessary investment clause.”