The challenge of the Yukos award: an award written by someone else – a violation of the tribunal’s mandate?

The challenge of the Yukos award: an award written by someone else – a violation of the tribunal’s mandate?

On July 18, 2014, the arbitral tribunal (“Tribunal”) rendered final awards (“Award”) in three cases brought by former shareholders of OAO Yukos Oil Company (“Yukos”). As already well known, the Tribunal unanimously decided that the Russian Federation had breached Article 13(1) of the Energy Charter Treaty by taking measures having an effect “equivalent to nationalization or expropriation” of the claimants’ investment in Yukos (Award, paras. 1580, 1585), and ordered the Russian Federation to pay damages in excess of USD 50 billion. However, on January 28, 2015, the Russian Federation filed three writs (“Writ”) with The Hague District Court, that seek to annul the Award, alleging, inter alia, that the arbitrators did not fulfil their mandate personally because the Tribunal’s assistant played a significant role in analyzing the evidence and legal arguments, in the Tribunal’s deliberations, and in drafting of the Award (Writ, paras. 15(b), 21(c), 363(3), 509). It is this particular ground for setting aside of the Award that is the focus of this blog post.

Did the Tribunal’s assistant act as the fourth arbitrator? 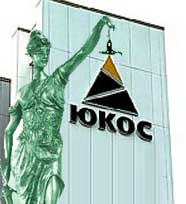 The Russian Federation argues that the arbitrators delegated substantive responsibilities to the Tribunal’s assistant and thus breached their mandate to perform their duties personally, Therefore, they say, the Award should be set aside on the basis of Article 1065(1)(c) of the Dutch Code of Civil Procedure (Writ, para. 469). At the first organizational hearing in October 2005, the chairman, The Hon. L. Yves Fortier QC, informed the parties that Mr. Martin Valasek had been appointed as Assistant to the Tribunal to provide administrative assistance and exercise liaison duties (Writ, paras. 487, 488, 490).

According to the Russian Federation’s position in the setting aside proceedings, the delegation of the arbitrators’ duties to the Tribunal’s assistant is evident from the disproportionate fees billed by Mr. Valasek, which amount to EUR 970,562 (Award, para. 1863), whereas the fees of other arbitrators – Dr. Charles Poncet, Judge Stephen M. Schwebel, and The Hon. L. Yves Fortier QC – amount to EUR 1,513,880, EUR 2,011,092, and EUR 1,732,937 respectively (Award, paras. 1860-1862). Applying the hourly rate of 250-325 EUR for the assistant and 750-850 EUR for each arbitrator, the Russian Federation suggests that the Tribunal’s assistant spent more hours on the arbitrations than any other member of the tribunal, especially on the merits stage of the case (Writ, para. 492). Overall, Mr. Valasek worked 3,006 hours on the Yukos arbitrations: only 381 hours through the hearings on jurisdiction and admissibility, but as many as 2,625 hours through the merits hearing and drafting of the Award (Writ, para. 494). This is 40% to 70% greater than the number of hours spent by any of the arbitrators (Writ, paras. 496-497).

The Young ICCA Guide on Arbitral Secretaries 2014 (“Guide”) provides in Article 3 a non-exhaustive list of the arbitral secretaries’ roles, many of which are of purely administrative or organizational nature (for example, Articles 3(2)(a), (c) and (d) of the Guide). According to the same Article, the role of an arbitral secretary may go beyond the purely administrative, subject to “appropriate direction and supervision by the arbitral tribunal”. Some clearly non-administrative tasks are drafting tasks, more specifically “[d]rafting procedural orders and similar documents” and “[d]rafting appropriate parts of the award” (Guide, Article 3(2)(g) and (j)). However, not all parts of the award are equally acceptable to be drafted by the arbitral secretary: drafting controversies especially arise regarding the “Legal Reasoning” and “presumably the final analysis and operative portions of the award” (Guide, Commentary to Article 3(2)(j)).

The role of a secretary and an assistant in the arbitration proceedings can be understood by the comparison given in the IBA Guidelines on Conflict of Interest in International Arbitration 2014 (“IBA Guidelines”) that both “secretaries and assistants to the Arbitral Tribunal are bound by the same duty of independence and impartiality (including the duty of disclosure) as arbitrators” (IBA Guidelines, General Standard 5(b)). However, this still does not clarify the assistant’s tasks in the proceedings and the thin line between drafting the award and deciding the case may not always be visible.

In commercial arbitration, a similar situation was addressed in a decision by the Italian Supreme Court rendered on 7 June 1989 in the case Sacheri v. Robotto (“Decision”, excerpt available in Yearbook Commercial Arbitration, Volume 16, Kluwer Law International 1991, pp. 156-157; Commented also in: Julian D. M. Lew, Loukas A. Mistelis, et al., Comparative International Commercial Arbitration, Kluwer Law International 2003, pp. 234, 637). Arbitrators, who had no legal training, did not participate in drafting the award. Instead, they hired a lawyer, who was appointed as an expert, to draft the award for them. The adjudication of their mandate was clear in this case, as the Supreme Court noted that “[d]ue to the arbitrators’ professed incapacity to decide issues other than technical construction problems, it amounted to delegating a third person to formulate the final decision, which the arbitrators were not able to conceive and which they could not critically examine once it had been drafted” (Decision, para. 1). The Supreme Court emphasized that legal decision-making is a task which cannot be delegated to the persons other than the arbitrators (Decision, paras. 3, 4).

The proceedings on setting aside of the Yukos Awards has brought to light an interesting question: may the tribunal entrust its assistant with substantive obligations with regard to analysis of the parties’ arguments and drafting of the award? Earlier, the Italian Supreme Court set a clear rule that a tribunal composed of non-lawyers may not delegate a third party to solve the legal issues of the case. On the contrary, all the arbitrators in the Yukos arbitration were highly renowned and respected lawyers, so it remains to be seen where the court will draw a line in determining the limits on the arbitral tribunal’s assistant’s competences.