The CJEU in Slovakia v Achmea or is justice best served cold ?

The CJEU in Slovakia v Achmea or is justice best served cold ?

On 6 March 2018, the Court of Justice of the European Union issued a long-awaited decision on a preliminary ruling from Germany’s Federal Court of Justice in the Slovak Republic v Achmea case (available here and already addressed in a different KluwerBlog entry here) [Case C-284/16]. By concluding that the arbitration clause in the Slovakia-Netherlands bilateral investment treaty (BIT) applicable in arbitration between Achmea and Slovakia had an adverse effect on the autonomy of EU law and declaring that it was incompatible with EU law, the CJEU has put an end to the controversy regarding the legality of intra-EU BITs. This question has been haunting legal professionals and academics at least since 2007, when the Tribunal in Eastern Sugar v Czech Republic handed down its decision refusing to accept the Respondent’s argument that the application of the BIT was limited because it had been superseded by EU law since the Czech Republic’s accession to the European Union [Eastern Sugar v Czech Republic, SCC. Case No. 088/2004]. It has gained even more prominence in recent years in the context of the CETA and the debate on the establishment of a (European) multilateral investment Court. Consequently, the CJEU issued a clear signal as to where the intra-EU investment arbitration might be heading. 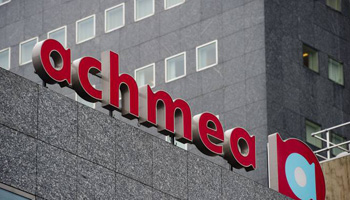 The dispute between Achmea and Slovakia arose out of the measures adopted by the Slovak Government in 2006 that reversed the previous liberalisation of the Slovak health insurance market. Slovakia underwent reforms of its health system in 2004 opening the market to private sickness insurance providers. Following this, Achmea set up a wholly owned subsidiary in Slovakia offering private sickness insurance services. In 2006, Slovakia stepped back from its policy and prevented private health insurers from distributing profits to shareholders. Achmea challenged this change and commenced arbitration proceeding against Slovakia before the PCA in October 2008, according to the UNCITRAL Rules [Achmea v Slovakia (I), PCA Case No. 2008-13]. By the arbitral award of 7 December 2012, the Tribunal composed of Professors Vaughan Lowe, Albert Jan van den Berg and V. V. Veeder found for Achmea and ordered Slovakia to pay EUR 22.1 million worth of damages. Interestingly, this is the only case in which the investor was successful in challenging Slovakia’s changes to its health system reforms. Coupled with the subsequent plans to establish a single health insurance company, the deliberalisation of the health insurance market gave rise to three other investment arbitrations, all of which failed on jurisdictional grounds (see ad hoc arbitrations initiated by HICEE, EURAM Bank and Achmea II, all heard by the PCA).

Slovakia’s Legal Battle Against the Award

Slovakia challenged the Tribunal’s decision and submitted an application to set aside the award to the Higher Regional Court in Frankfurt am Main on 31 January 2013. After the Court rejected its application, Slovakia appealed on a point of law to the Federal Court of Justice in Germany. Slovakia took the view that the tribunal lacked jurisdiction because the Slovakia-Netherlands BIT was contrary to several provisions of the Treaty on the Functioning of the European Union (TFEU), which in the event of conflict should take precedence over the BIT. The Federal Court of Justice accepted the appeal and referred the question of compatibility of the contested BIT with the TFEU to the CJEU.

First, the CJEU noted that the disputes leading to the constitution of arbitral tribunal in accordance with Article 8 of the BIT may relate to the interpretation or application of EU law by that tribunal. Still, an arbitral tribunal could not be classified as “a court” or “tribunal” of a Member State within the meaning of Article 267 TFEU (in this case, the Tribunal was neither a court of Slovakia nor one of Netherlands), which meant that it had no power to make a reference to the Court of Justice for a preliminary ruling. This has important consequences as under the BIT, the tribunal’s decision is final. While it is possible to conduct a judicial review of the validity of the award, this has to be carried out in accordance with the law of the seat of arbitration, which is subject to the tribunal’s choice. More importantly, such judicial review can be exercised by the national court only to the extent that the respective national law permits. In this sense, the limited ground for review of awards issued in commercial arbitration is not suitable for arbitration proceedings like the present case, that derived from a treaty by which the Member States effectively displaced the jurisdiction of their own courts, which (by implication) could lead to limiting the application or interpretation of the EU law.

The CJEU concluded that the mechanism for settling disputes established by the BIT failed to ensure that those disputes would be decided by a court within the judicial system of the EU. The arbitration clause in the BIT had an adverse effect on the autonomy of EU law and was, therefore, incompatible with EU law.

We will have to wait and see what the German Federal Court makes from the CJEU’s decision, but it is likely that it will end up setting aside the Award. This puts an end to a long-going saga of arbitrations Slovakia was facing following its deliberalisation of health insurance market. And while arbitrations in HICEE v Slovakia and Achmea v Slovakia II were dismissed on different procedural grounds, the Tribunal in the 2012 decision EURAM Bank v Slovakia have already had an opportunity to deal with the issue of the conflicting application of the BIT (in this case, Austria-Slovakia BIT) and one of the European Treaties, specifically the Treaty Establishing the European Economic Community (ECT) and the subsequent treaties [EURAM Bank v Slovakia, PCA Case No. 2010-17].

The Tribunal adopted a different approach to the CJEU and analysed the conflict between the different instruments in light of Article 59 Vienna Convention on the Law of Treaties (VCLT). By considering the two-step inquiry under Article 59 of the VCLT, the Tribunal rejected Slovakia’s arguments because the BIT in question and the ECT did not have the same subject-matter. The Tribunal even relied on the reasoning in Achmea (I) that had come to a similar conclusion (and was the subject of the CJEU’s decision) ! The EURAM Bank Tribunal then added that even if it had reached a different conclusion on the subject-matter point, it would nevertheless have found that the other requirements of Article 59 were not met.

Significantly, the question regarding the conflicting application of the intra-EU BITs and the European Treaties is not exclusive to Slovakia’s health insurance controversy. As mentioned above, it has been raised (and dismissed) in Eastern Sugar but also in a more recent ICSID arbitration Micula v Romania [Micula v Romania (I), ICSID Case No. ARB/05/20]. This case is an extreme illustration of the clash between the “traditional” investment regime and the obligations imposed under the European law. Indeed, it led to an extreme result, whereby the Tribunal held that Romania’s revocation of tax incentives and benefits targeting foreign investment in disfavoured regions breached the BIT, while at the same time, those very incentives were held contrary to the EU State Aid Rules. Furthermore, once the Award has been issued, the European Commission prohibited Romania from complying with it. In fact, Romania sought to have this award annulled and the European Commission appeared as an amicus curiae. Despite this, the Final Award was upheld by the ad hoc Committee [See Decision on Annulment dated 26 February 2016]. But, significantly for our purpose, the European Commission invoked Article 59 of the VCLT and argued that the Award should be annulled because the Tribunal had lacked jurisdiction as the EU Treaties superseded the Sweden-Romania BIT as a result of Romania’s accession to the EU. The Committee rejected this argument albeit it failed to give any reasons for this conclusion.

It is no accident that all arbitrations that dealt with the validity of intra-EU BITs were brought against the new Members of the EU. After the fall of the communism, these countries were a target of the 1990s “BITs Baby Boom”. More often than not, BITs concluded during this period imposed extensive obligations on the Parties, which remain burdensome despite the fact that many of these countries are full Members of the EU. Read in this context, the CJEU’s decision represents a welcome development of the (European) investment regime. By protecting the autonomy of the EU law, it will provide more legal certainty in future disputes in which conflicting grounds for jurisdiction exist under both the intra-EU BITs and the EU laws.