Independence and impartiality of arbitrators in investor-state arbitration: perceived problems and possible solutions

Independence and impartiality of arbitrators in investor-state arbitration: perceived problems and possible solutions 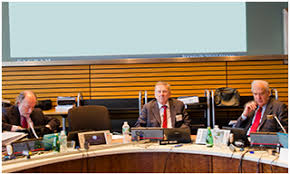 The principle that adjudicators must be independent and impartial is at the core of any adjudicatory mechanism, whether domestic or international, and is a basic principle of the rule of law. It plays an important role in Investor-State arbitration (ISA), where arbitrators typically sit for a short amount of time in specific cases and are not career judges.

The requirements that arbitrators be independent and impartial are usually found in the applicable rules of procedures to the arbitration, including UNCITRAL Arbitration Rules (2010) and the ICSID Convention.

However, concerns over the possible or perceived lack of independence and impartiality of arbitrators have been raised by diverse ISA stakeholders, including parties and the general public. In this context, this post first identifies the issues that may rise concerns about the independence and impartiality of ISA arbitrators. It then explains how some of the reform proposals under possible consideration at UNCITRAL would or would not solve the identified problems.

Potential concerns relating to the independence and impartiality of arbitrators in ISA include:

While party appointment of arbitrators is one of ISA’s unique characteristics, critics identify it as a “moral hazard” and problematic per se, because party-appointed arbitrators may have intrinsic and possible unconscious incentives to vote in favor of the party that appointed them, for example because of a desire to express loyalty or to obtain reappointments.

Contacts between the parties and arbitrators may become inappropriate and could therefore create conflict and the appearance of partiality. There is little regulation that provides a general framework, and the problem is compounded by the different attitudes on the issue across legal systems. The issue is both one of defining what constitutes an impermissible contact between parties and arbitrators – i.e. what kind of contact is possible – and time-related – i.e. when the contact occurs.

Another issue of concerns relates to multiple appointments of the same person by the same party, the same law-firm (in successive or parallel ISA arbitrations), or in proceedings against the same host state. The fear is that there is a risk that the arbitrator may have, or at least be perceived as having, a tendency to decide in favor of those making such appointments.

A related issue is that some arbitrators may develop “issue conflict” – which may arise from holding a known general opinion on issues under dispute, expressed via previous awards, proceedings, publications, or conference presentations.

Double-hatting has also raised concerns related to arbitrators’ independence and impartiality. This is the practice, common in ISA, for arbitrators to serve simultaneously as counsel and arbitrators in ISA cases, even if under different procedural rules.

Another issue related to independence and impartiality relate to procedures to challenge arbitrators. This is fundamental to any perceived legitimacy of ISA and it is the ultimate control system of independence and impartiality. A few issues are important: First, what is the procedure to follow and how does a party bring a challenge? Second, who decides the challenge? And third, what standard guides the decision-maker when a challenge is brought?

In terms of decision-making, a neutral body normally decides the challenge, incluing the appointing authority or the secretariat/court administering the proceedings. In ICSID, however, when only one arbitrator of a panel of three is challenged, the remaining members of the tribunal decide. The Chair of the Administrative Council only decides if the remaining members are equally divided or if the proposal refers to the majority or sole arbitrator. This system has been criticized because it is difficult and inappropriate for the remaining arbitrators to decide on the fate of another arbitrator. The proposed amendments to the ICSID Rules would allow the arbitrators to take challenge decisions to the Chair more frequently.

A more systemic criticism relate to the perceived pro-investor bias of ISA. This bias is the result of both an unusual party structure – where the investor is generally the claimant who enjoys treaty rights – and specific procedural features, such as the compensation system and re-appointment incentives.

Investor-state arbitration today is almost always supported by a secretariat and some arbitrators also employ their own assistants. This practice raises two kinds of concerns: first, secretariats and assistants may unduly influence the conduct and outcome of arbitrations. Second, staff in secretariats may have conflicts of interest, including relationships with law firms where they once practiced or hope to practice, with the arbitrators they assist, and with the parties.

ISA experts have identified four possible options for ISA reform. Each one would resolve and address at least some of the concerns related to impartiality and independence differently. The section below explains how.

Some experts suggest that changes to the ISA need only be incremental. A ISA improved scenario

may address some concerns about independence and impartiality insofar as improvements can be targeted at the most specific problems, such as: more rigorous disclosure requirements and limits on contacts between parties and especially party-appointed arbitrators; quantitative and/or qualitative limits on multiple appointments or disqualification for having expressed particular views on an issue now at hand; ex ante or ex post controls over various types of double hatting; clearer standards or revised procedures for challenging arbitrators; counter-claims by states or other changes to offset potential pro-investor tendencies; and/or impact from annulment committees or secretariats.

In terms of how to implement such improvements the most promising approach to implement this option over the short- to medium-term may be to (re)draft provisions in specific bilateral or regional treaties.

Option 2: ISA with an appeals process

An appellate procedure for ISA could address some criticisms of the legitimacy of ISA, but appeal itself does not offer an obvious solution to the independence and impartiality problems discussed above. Rather, only certain forms of appeal might address these concerns. Generally, the greater proximity to full independence from the parties, the greater the likelihood that appeal would be seen as an improvement to the status quo. Moreover, the backgrounds of the members of the appellate body will influence perceptions of independence and impartiality. However, even a fully independent appellate body will not eliminate doubts about the independence and impartiality of the first-level arbitrators. For example, in terms of party appointment: Appeals may allay concerns about party appointment if the members of the appellate body are themselves not appointed by parties. But institutionally appointed arbitrators may be seen as loyal to certain institutions as well.

Whether a permanent multilateral investment court (MIC) would successfully address the concerns regarding independence and impartiality will turn, generally, on the precise features of MIC’s institutional design. For example, MIC could replace the current system of party appointment with a system of tenured judges who could serve for long-term, full-time and non-renewable terms of office. This option would address the core issue of who appoints the adjudicators, as well as issues related to double-hatting and multiple appointments. Also, if MIC moved away from a system of party-appointment, it would reduce concerns over independence and impartiality associated with current practices on challenges.

Domestic litigation may have some advantages over ISA from the perspective of independence and impartiality. First, in states where the rule of law is entrenched, judges are likely to be truly independent of the parties. Second, in many states judges are subject to ethical rules that help avoid perceptions of partiality. However, there are downsides in eliminating of ISA also. Importantly, even in states with a strong tradition of the rule of law, domestic courts can be, or perceived to be, biased against foreign investors or lack independence from the state.

A second alternative to ISA is an inter-state dispute system, where judges or arbitrators would be appointed by states, and thus will perceived as less motivated to side with investors generally.

The concern over the possible or perceived lack of impartiality and independence of ISA arbitrators is real and important, and should be addressed when discussing ISA reform. This contribution identifies the main concerns and seeks to provide possible solutions.