Arbitration panel formed for hearing $12 bln claim lodged by tycoon Pugachev The Permanent Court of Arbitration (PCA) at The Hague has formed a panel of arbitrators for considering a claim filed by Sergey Pugachev, once an influential tycoon, seeking $12 billion in damages, Dmitry Morochenko, a spokesman for Pugachev, told RAPSI on Tuesday.

Eduardo Zuleta Jaramillo has been appointed as Presiding Arbitrator. 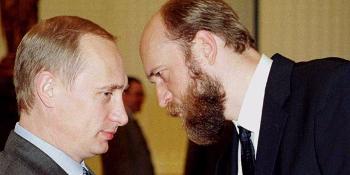 In June, Pugachev chose Thomas Clay as arbitrator. The Russian government missed the deadline to appoint its arbitrator, who was selected by the Secretary-General of the PCA in August. As a result, Bernardo Cremades will be sitting on a panel along with Clay.

Moscow agreed the case to be considered by a panel of arbitrators with the PCA, Morochenko said earlier. The Russian government has hired law firm White & Case LLP in connection with Pugavhev’s claim. The legal team will be headed by David Goldberg, White & Case LLP’s London-based partner.

Pugachev lodged the claim in September 2015. He alleged an attempted expropriation of his assets totaling $15 billion. Lazareff Le Bars is currently acting as counsel to Pugachev.

The Russian Deposit Insurance Agency (DIA), which was appointed as liquidator to Mezhprombank, claims that Pugachev extracted money from the bank for his benefit when it was already insolvent. An investigation was launched into the allegations.

Russian courts ruled that Pugachev along with several other persons should be held liable for the insolvency of Mezhprombank. They were ordered to pay nearly 75.6 billion rubles ($1.2 billion) in damages. Russia’s Supreme Court upheld the ruling in January.